Star Trek TNG: S1 – Where No One Has Gone Before

The Enterprise lets an asshole and an alien with dinosaur hands play around with their warpcore.

Everyone is super condescending to Wes, even though he’s had the right solution in roughly 100% of the episodes thus far.

I don’t know if I’d ever forgive Riker for interrupting a conversation with my dead mama.

Tie between the 2nd galaxy they’re thrown to –

And all the interactions between the Traveler and Wesley. It’s refreshing to have an adult not be a total dick to him and finally realize his potential.

“Creative adventuring in space with friends!” She’s enjoying seeing the crew become more of a family.

The Enterprise crew gets hammered and behaves like what a 14 year old thinks being drunk is.

Geordi doesn’t want to give into the “wild things” that are popping into his head. I don’t remember him being a sexual creature at all, so this surprised me.

Also, how the hell is Riker immune for almost the entire episode? Does he have a base layer of bourbon and horniness at all times?

What the fuck was that noise?

I still can’t believe it. A close second is how he says “Beverly” when he enters the sick bay later.

A distant third is how, each time someone was infected, there was a harp-like sound effect.

Tasha’s outfit and putting the moves on a fully functional Data.

Q, an all powerful being with the hubris of a trust fund real estate magnate, puts the crew (and humanity) on trial. They just have to solve a puzzle to prove they’re not the same murderous maniacs they were in the 21st century.

I could have sworn they get to Farpoint in the start of this episode. Nope. Q taunts them for half an hour before we even see the station.
All of these actors are still figuring out their characters, so I can forgive some of the overacting on display.

With a close 2nd being “He just asked to fuck right now, right?” The fiancé wasn’t buying Riker’s innocent intentions when he asked Beverly “for a stroll”. Everything surrounding Riker in this episode is dripping with innuendo. From Troi’s looks of longing (with awkwardly soaring music), to an officer staring at his ass after helping him find the holodeck, it’s bonetown for number one.

Q and his transformations. A playful and creative adversary.

“It’s Star Trek.” By which she means do-gooders in space. So it lives up to the expectations set by the original series.

Also, Picard is an awkward dick. 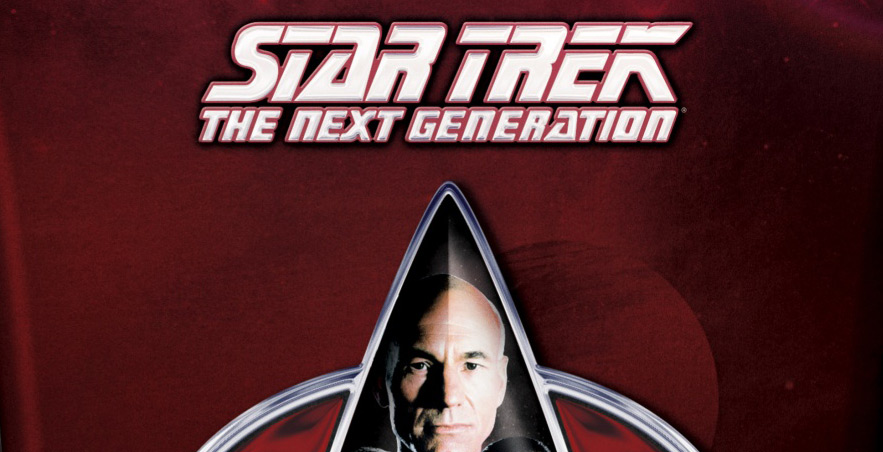